In 2010 (can’t believe it has been 4 years) I took a Trek Scratch out for a couple of test rides. I was impressed. (so was NSMB.com….as they ran the review on their front page). Since then, 650B and “Enduro” have arrived, and Trek now has a bike called the Slash which fits into pretty much the same place in the line-up that the Scratch did (except with slightly bigger wheels). You can read all about the Slash 8 at the Trek website. It is the middle of the road Scratch, and lists at $4,799.00 CDN. The higher spec Slash 9 goes for $6,099.99 and the bottom of the range Slash 7 is listed at $3,899.99.

All three models have the same frame – which is essentially the same as the Scratch I tried a few years ago. The major change is the 650B wheel size. The Slash also has slightly less travel at 160 mm versus the 170 mm of the Scratch. Each model has slightly different parts. The Slash 8 I tried comes with a Rockshox Reverb dropper post, a Fox Talas fork with 130 mm and 160 mm travel and the CTD damper, XT brakes and an SLX / XT Shimano drivetrain. Solid parts, and coming stock with the Reverb is a nice touch. The step up to the Slash 9 gets you Kashima coating on the suspension bits, a SRAM X0-X1 1 x 11 drivetrain, Avid XO Trail brakes and some upgraded Bontrager bits here and there. The 7 is slightly downgraded to a SRAM X7-X9 drivetrain, Avid Elixir 5 brakes and a Rockshox Pike solo air fork with 160 mm of travel. There is no dropper post on the 7 either.

The 2014 Trek Slash 8 – it comes with a rather muted, mostly grey colour scheme. 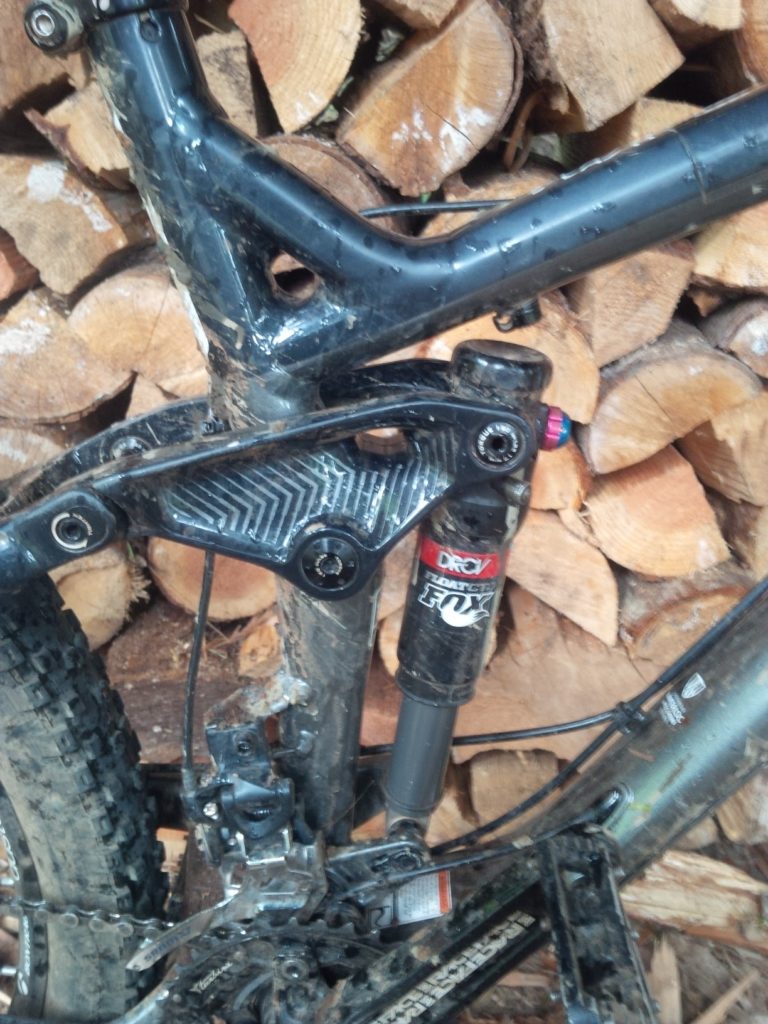 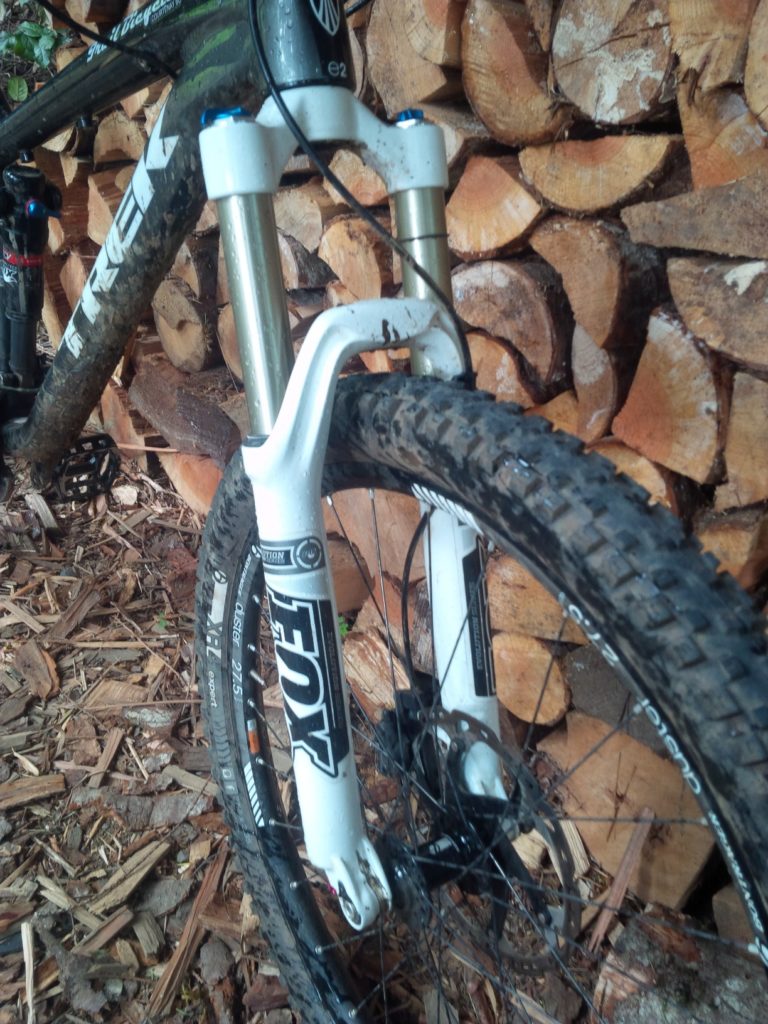 The Fox CTD 34 TALAS fork. I’ve owned a TALAS fork  (on the Spitfire) and tried more than one. I’ve never been too impressed, and while this rendition is better, it’s still not as smooth as any similar Rockshox product I’ve ridden. 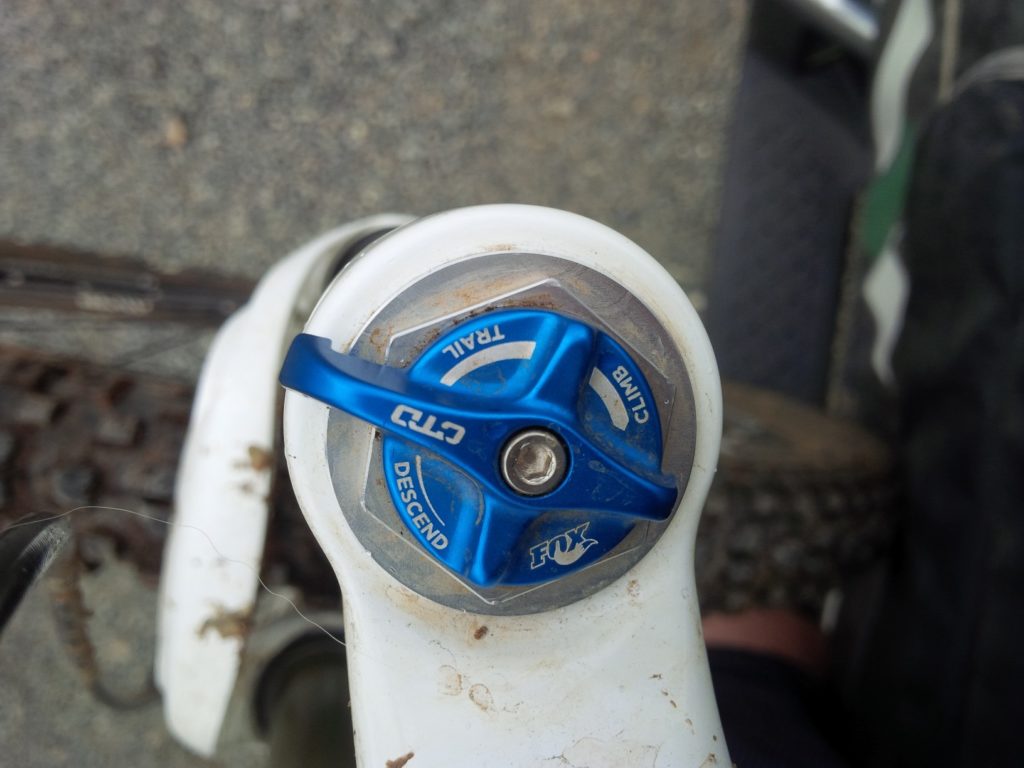 The top picture is the CTD adjuster on the fork – Climb – Trail – Descend. I tried all three, and there is a noticeable difference in firmness. Climb is practically locked out. The bottom picture is the TALAS travel adjust dial on the right fork leg. 130 mm or 160 mm of travel. I didn’t really notice much of an impact on climbing. 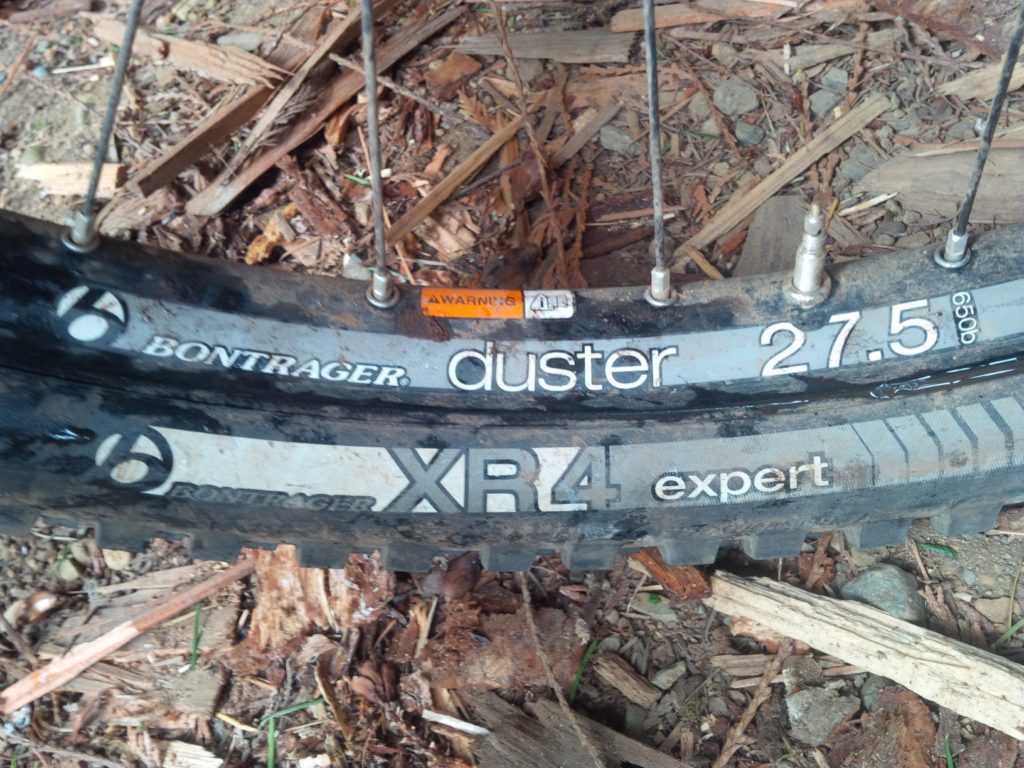 I’ve had good luck with Bontrager tires. It has ended with these. I found the XR4’s to be skittish and underwhelming.

As per my time with the Scratch 4 years ago, I took the Slash for two rides. The first was a shuttle on Forbidden Plateau, complete with full face and neck brace. Unfortunately I had the fork in the 130 mm travel setting the whole ride, and the bike didn’t perform up to it’s full capability.

The second ride was in Cumberland, and included a mix of lower trails that have everything from rock drops, log rides, high speed descents and technical climbs. This is where I discovered the effectiveness of the CTD settings on the fork and the rear shock. Set the rear shock to Climb mode, and it essentially locks out the rear suspension. Great for fire roads and smooth trail climbing. Trail mode worked well for technical climbs and rolling trail, while Descend mode let the DRCV shock open up completely.

Similarly for the fork, Trail mode was my go to mode for climbing and Descend mode was for, well, descending (kinda obvious). The travel adjust was mostly redundant. In fact, I felt that the fork really let down the rest of the bike. To make sure I wasn’t just jaded from previous TALAS experience, I turned to Bike Magazine for their thoughts. In a nutshell, they say it is better than previous TALAS forks. I agree with that, but have to say that the Rockshox forks I have ridden and owned have all impressed me more. Even the non-TALAS Fox Forks I have tried have performed better.

At the end of the day, I am just as impressed with the Slash as I was with the Scratch I tried back in 2010. The only issue I have is the fork. If I were to consider buying a Slash, I would probably either opt for the 7 to get a Rockshox Pike fork, or have the fork swapped with either a Pike, a Lyrik or even just a Fox Float fork. I would also change the tires. I guess I have two issues then.

Oh well. It’s Saturday and I’ve been in the sun all day. You can’t expect perfect editorial in these conditions. Time for a glass of wine…

Oh wait…the whole 650B thing. I guess they roll a little faster? I went for a ride on my Scythe shortly after trying the Slash, and I have to be honest…I’m not sure there is that big of a difference…