Well. June sure went in a hurry!

Considering June started with being a co-producer and the technical director for Elevate the Arts, followed by helping with Boomer’s Ride as a volunteer on the support crew, followed by organizing and running Go Smart Day…I haven’t really had time to sit still.

During all of this, the Fox 29er Float fork I was trying to sell finally sold! The small amount of $$ I realized from the sale has gone right back into the Banshee Prime I have been riding for a couple of years now. 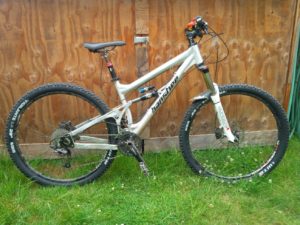 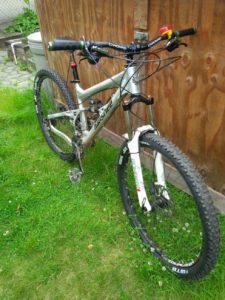 The Marzocchi 44 Micro-Ti fork is starting to live up to the Marz reputation. I’ve had to spend some time researching and tuning it, but it is now a very plush fork, and still has mid-stroke support. More to follow on this piece of bike bling. I’ve also replaced the grips with ODI Lock-on “Crosstrainers” – long my favorite grip. 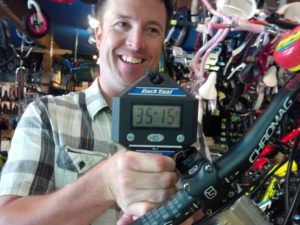 Official weigh-in. Now just over 35 lbs, my Prime isn’t the most svelte of all-mountain rides, but then again I don’t have to worry about anything breaking.

Summer is now here. I plan on doing some riding, and going on adventures with my son. I can promise to go and ride my Prime at every opportunity. I can’t promise to write too many blog posts…